In addition to interviews and historical footage, this film features animated passages reenacting Diana Apcar’s experiences, as described in her books and letters, as well as the memoirs of the refugees, detailing their 6000-mile journey across Siberia. These key scenes are being developed into animated scenes of varying length, based on Diana’s main media — paper and ink. Japan where Diana spent most of her life has a thousand year old tradition of “graphic storytelling” embodied in long paper scrolls with novels that are told “shot by shot” with sequences of drawings. But unlike modern comic books, the images in these “graphic novels” do not have frames and transform seamlessly, one into another as the reader’s sight moves through the scroll. 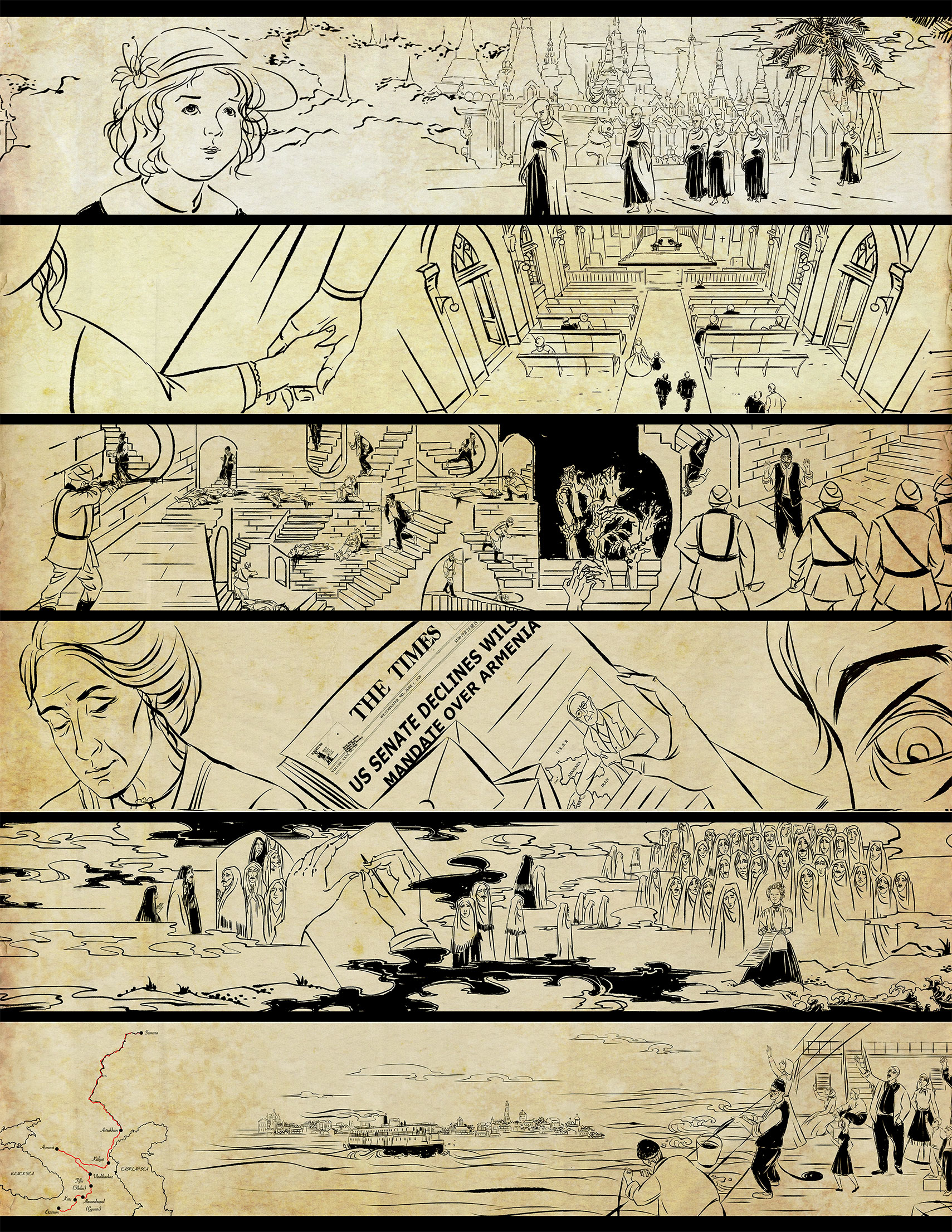