Articles includes a sampling of Diana’s submissions to a variety of newspapers around the world, including: The New York Times, The Japan Gazette, The Japan Advertiser, The Far East, and Hayrenik. The first of these articles, What Follows?, was not published; the rejection letter from the Japan Advertiser is included. 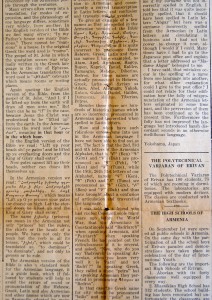 The Armenian Version Of The Bible, Hayrenik, October 1933, ACF 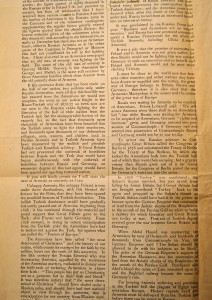 And, Lo, In Her Mouth An Olive Leaf Plucked Off, reprinted from The Far East, Tokyo, June 1915. 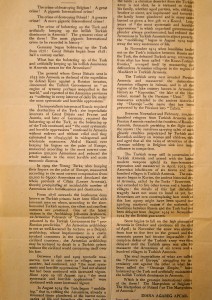 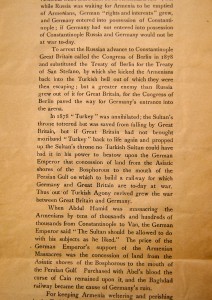 The Armenian Martyrdom Is The Source And The Centre Of The Great War Of Europe, May 1915. 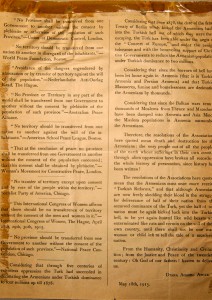 ''No Province shall be transferred from one Government to another without the consent by plebiscite or otherwise of population of such Province,'' May 1915. 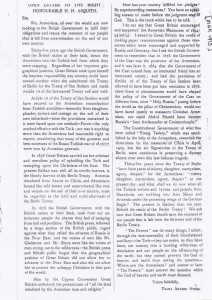 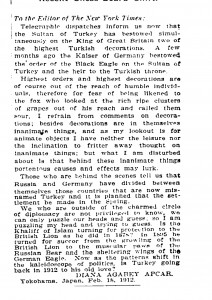 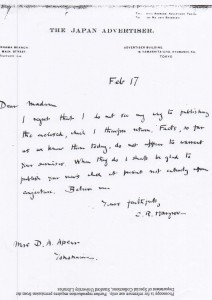 Diana's article ''What follows'' written in 1912 was rejected for publishing by The Japan Advertiser, in Yokohama, claiming that the facts in the article were unsubstantiated, ACF 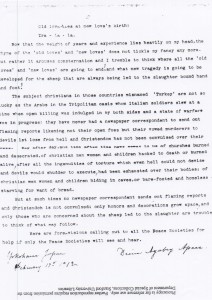 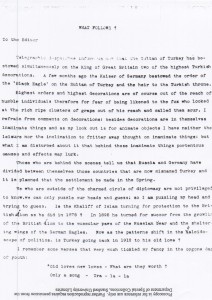 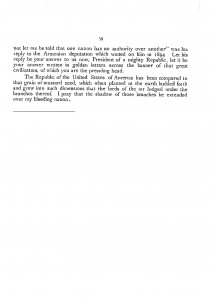 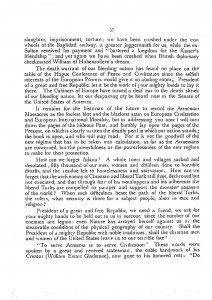 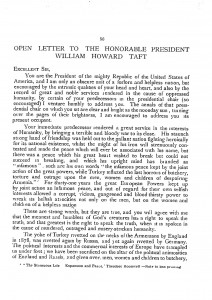